On synths where the keys light up as they're being played, you can't see the "black" keys being pressed clearly (if at all).

...Why don't synth makers lighten the dark keys the same way they darken the light keys?

[shakes head]
Posted by Jeremy Rice at 12:56 PM No comments: 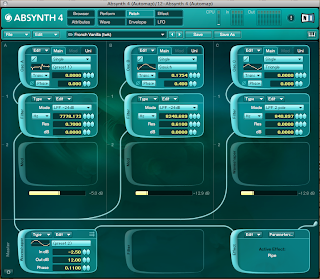 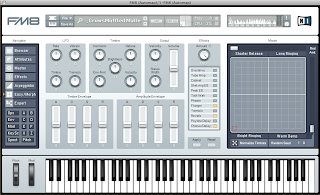 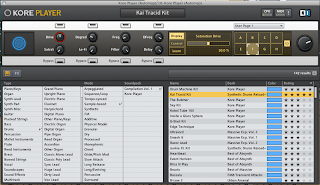 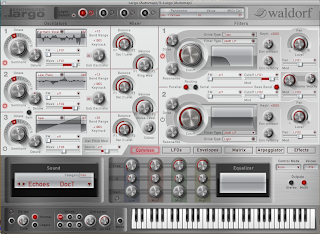 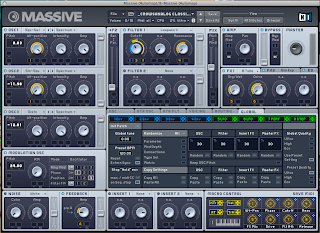 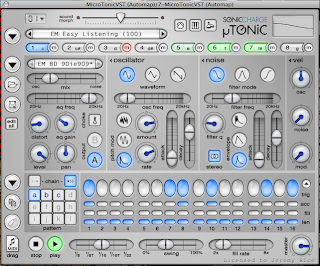 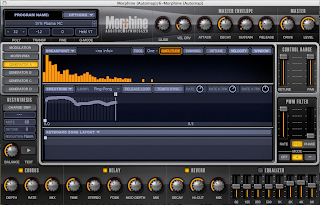 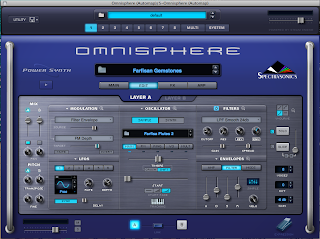 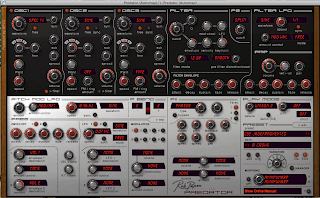 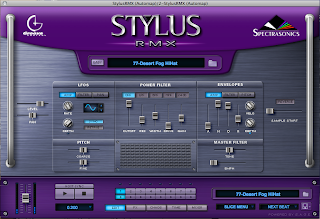 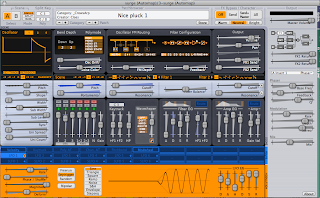 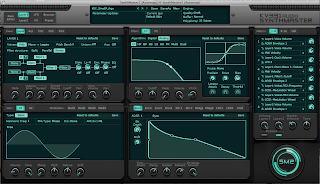 ...Obviously, this doesn't include Ableton Live, nor the effects that I use (mostly just Ambience, the Blue Tubes reverb, and Live's built-in effects).
And, honestly, I have not been impressed with SynthMaster.  It keeps crashing on me and refuses to render its audio, sometimes.  :\  I may abandon it and write it off as a loss.
Synths I'm thinking about picking up right now are ChronoX and Drumaxx.  Nothing else, at the moment.  I think after getting those two, I'll be heading toward the world of hardware synths.
Posted by Jeremy Rice at 12:11 PM No comments:

Yeah, I was bitten by the Synth bug again.

So, yeah.  I made it a few years without being struck by synth-lust... but here we are again.

I realize now, though, that hardware synths aren't so much about the sounds.  Between Omnisphere, Surge, Massive, Absynth, FM8, and Predator*... there really isn't much sonic territory beyond my capabilities.  And I love them all dearly.

But they are not hardware synths.

After much consideration, I decided that hardware isn't about the sounds, really: the sounds might be marginally better than a soft-synth, but my level of skill with sound--though I consider it well-trained--is not to the point where I can tell if a track was made with a $2000 Access Virus or with Rob Papen's $200 Predator, barring the "signature" sounds and presets of each.  It seems silly to me to spend ten times as much for perhaps a 5% improvement in sound quality.  And I prefer the interface on soft synths: I can get a sound out much faster.

But softsynths, while attractive on-screen, lack something in charisma that only hardware can provide.

And though the ReMOTE 49SL has a really nice keyboard... the knobs kinda suck, and the LCD feedback isn't quite as useful or cool as I'd hoped it would be.  And it's lacking a bit in... sex.  I guess I'm just not fond of that grey grid look over the interface.

There's also a small but non-neglible sense of "collecting" involved with synths.  A greater sense of ownership.  ...of identity, even.

Plus they look awesome.  And they're fun.

Fun is a key concept when looking for what synths to invest in. Perhaps better, though, is the idea of enjoyability.  How much would you enjoy owning a given synth?  ...Balance that against cost, and you might find that while an Roland Jupiter 8 might be a joy to own, for 1/16th the cost, a Korg Radias--perhaps less enjoyable to own--is a much bigger bang for your buck.

So that's what I'm looking for.  Enjoyable synths.  For reasonable prices.

Of course, as usual, this is all an exercise in futility for me, since my synth budget right now is around $50 a month, and I have a few more soft-synths to buy** before I'm satiated there.

Which synths would you say brought you the most joy to own?


* For the record, I also presently own SynthMaster 2, Stylus RMX, Morphine, and MicroTonic.  And I like/use them all, too.  Just meant to emphasize the synths with which the sonic palate expands.


** Largo, Drumaxx, ChronoX, and an update for my aging version of Absynth.  Maybe Albino, Zebra, and Gladiator.  Not sure.
Posted by Jeremy Rice at 1:13 PM No comments: