Standard Deviations was released a while ago on Kahvi Collective. Two albums from one artist on one netlabel in a year!? Is that even possible?! So it seems.

I'm currently working on another album. I am not sure where this album will land, label-wise. I'm currently checking out a few new netlabels, and talking to the folks at Kahvi about it (though it's a bit ridiculous to release three albums in a year at one site).

Part of me hates to admit this, as I've resisted it from the start, but: I am inching closer and closer toward an "analog" sound. I've long tried to keep Curious Inversions (and Introspective before it) more digital than analog. But... that is where I'm headed, for better or worse. I prefer the sound, now: it has grown on me over the years. You'll still hear some digital aspects in my music (you can have my PPG Wave when you pry it from my cold, dead fingers), but by and large: it's mostly (virtual) analog, now. VA is getting quite good, ITB!

Yes, Curious Inversions is still produced entirely ITB. I own an Ultranova (which I virtually stole in a blowout sale at $200—how could I not?), but ATM it's sitting beside my desk, unused even as a controller. I'm producing almost all of my music these days (from Schoolyard Crows on) with an Ableton Push... which I quite like. (Particularly now that you can use the strip as a modwheel, and the aftertouch isn't so... touchy!) 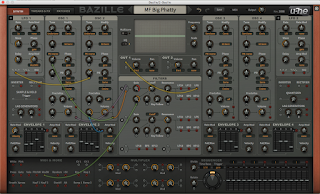 In terms of synths, I have been converging quite distinctly on U-he synths. ...with a few inclusions: I quite like the sound of Monark and (when I'm feeling digital again) Prism. And, as mentioned, I'll never stop using Wave 3.V, even if it means keeping around a dedicated PC for it. :) Diva, Zebra (Dark Horse preferred) and Bazille make up 80% of the synths I'm using these days. I pull up Serum now and again (particularly for a drum synth, at which it excels), and of course you will hear from Omnisphere and Trilian. Too much money sunk into those to ignore them. ;)  But that's about it, now. Noticeably absent of late are Absynth, Massive, ElectraX, D-CAM (though I was impressed with Strobe 2), and Largo. In the end, U-he's stuff is more stable, more flexible, easier to use, and [gasp] sounds better. I have many "seed" sounds left to use from each of those synths, so you will continue to hear them in the future, but not for bread-and-butter. 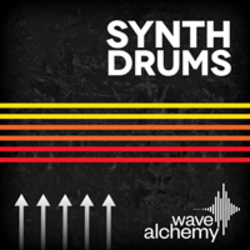 Drums are almost entirely handled, now, by the brilliant Wave Alchemy Synth Drums package. I haven't found a need for anything else, since installing that (though you will hear remnants of other attempts in this latest album, you won't hear any more, going forward.) I bought and enjoyed several other packages (including Spark), but, in the end, they lost out to the modular-analog sounds. They are lovely. The only exception here is the aforementioned Serum, which I use to liven up some snares on occasion.

My effects haven't changed: I'm still relying heavily on Timeless, Saturn, Aether, and the built-in effects of Live and the synths. I'm fooling around with Molekular and Guitar Rig, but I haven't been overly impressed so far. [shrug]
Posted by Jeremy Rice at 6:46 AM No comments: