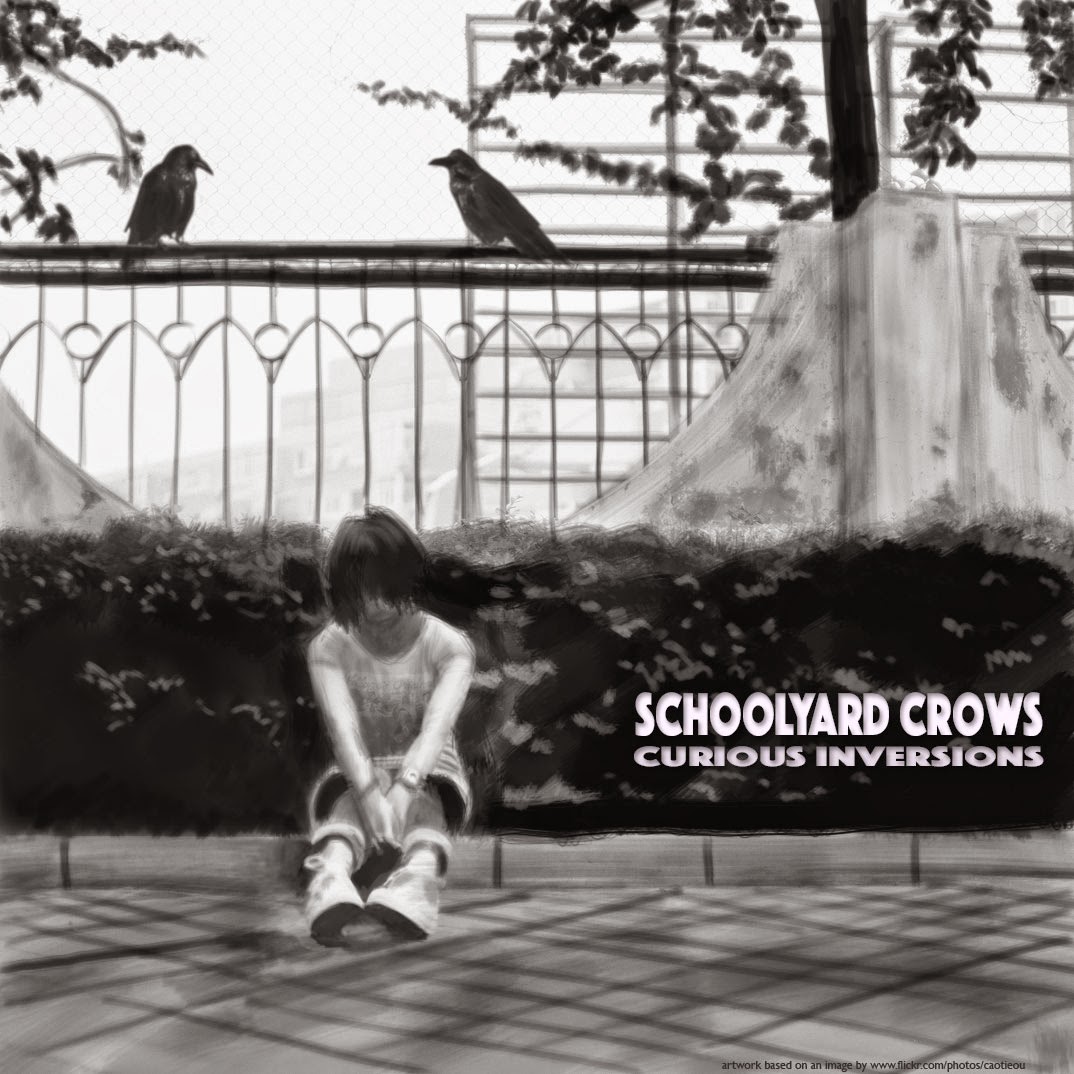 In case you missed it, I (finally) released a new album called Schoolyard Crows over at Kahvi. (And, note: I did the album artwork myself, on a Cintiq with Photoshop CS.)

This was a bit of a whirlwind album. ...I'd had a handful of tracks that I was kinda saving for an album, and then Nik (of Kahvi) asked me for a single track to release as part of their Christmas package. (...which I did; you'll find the track "Thread on the Water" there, it's not bad.)

That motivated me to do more work... I ended up almost completely re-writing the tracks I'd had waiting around, and I quickly added a series of new tracks. ...And I continued to add tracks to the release between the time when Nik said "yup, I'll release this" and when it was finally pushed. :) ...Interestingly, I actually think those last-minute tracks are some of the best on the album.

Anyway, this was produced with quite a different set of tools than listed below. It was a combination of Maschine, Omnisphere, Trilian, Diva, D-CAM, and Electra 2 for the most part, with effects almost entirely handled by Timeless, Pro-C, Saturn, and 2CAudio Aether (and Live's built-in limiter). For hardware, it was almost entirely done on an Ableton Push, which I quite like, modulo a few quirks (which should be addressed with the next release of Live, so I'm holding on). ...I do own a Novation Ultranova at this point (I couldn't afford the Virus that I wanted--money has been tight), and a Maschine Mikro, but they saw limited use on this album as controllers; I didn't use the Ultranova as a sound-source at all.

I am moderately pleased with the results, now that a few months have passed since finishing the album. It's a bit busier than I envisioned, and shortly before release, I realized how HEAVY the bass was on the whole thing (I master with Sennheisers, and they are so clear in the bass that I didn't notice the problem). ...I'll watch that from now on.

I've also written some "easy" Berlin School, which you can grab over at Soundcloud, but I can't promise it will stay up forever. Those tracks were just an exercise is writing music for the sake of writing music... I wasn't really going back and editing anything, I was just letting it flow in pseudo-realtime. They are listenable tracks, but would need serious work for professional release.

I have started work on another album, but only just. ...I need a little more time to digest Schoolyard Crows and think about where I'm headed, musically.

But not another five years.  :D
Posted by Jeremy Rice at 6:07 AM No comments: